With the commencement of a new year, many individuals are considering starting a new business. Years ago, the approach was straight-forward: identify what you want to do, get some business cards, and hit the pavement! In 2018, however, your online presence is a priority. Below are three things to think about when establishing an online presence for your business.

It is extremely important to know your target customer base. A mistake that we have seen many companies make is to target everyone with their product. Large, successful companies that we have worked with understand who their target customer base is and appeal to them. For example, one Fortune 500 company we worked with spent three months digging deeply into understand their customer base before beginning to design and develop their website. They spent time understanding examining their customers' likes, dislikes, goals, and desires. They analyzed the differences between Baby Boomers, Generation X, Generation Y, and Millenials. Instead of "digging wide", they "dug deep" and focused their online experience on that particular customer base. The end results justified the time spent understanding their customer base.

After identifying and understanding your target customer base, spend time thinking about what you want your customers to do when they arrive on your website. Are you selling a product? Are you providing information? Do you want them to call you? As soon as a visitor arrives on your website, you have about five seconds to tell them what you have to offer and what you would like them to do. Spend some time thinking about what you would like your customer to do before putting together your website design and content.

3. Adhere to the KISS principle

In 2018, the KISS principle (Keep It Simple Stupid), is of paramount importance. Online mediums, such as websites, social media, and videos have created an atmosphere of immediate gratification. A mistake that we have seen many companies make is to flood their websites with pages and pages of non-essential information. The truth is, a large percentage of this information will never be read. Your online presence must be simple, clear, and easy to navigate. Otherwise, your visitor will leave for greener pastures. Make sure that your design is simple, clean, and has a clear call to action.

At LisiProta, we work closely with companies to help define an online strategies that fits their needs. Please contact us to set up your free consultation today! 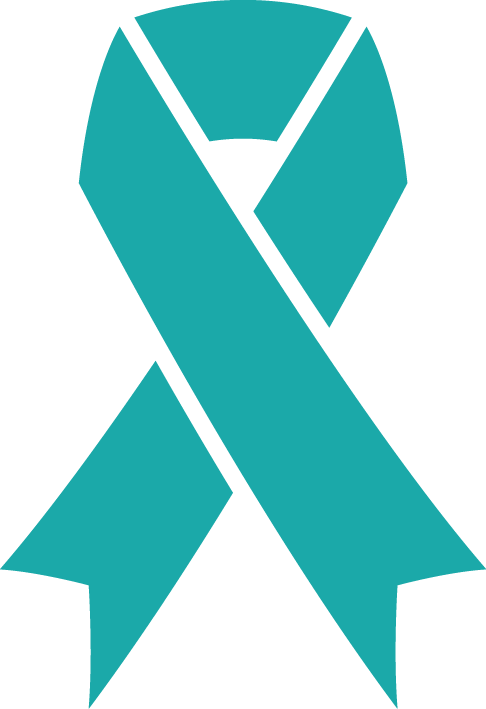 Domestic Violence. Breast Cancer Awareness. Mental Health Awareness. There are many notable causes that are promoted in the world today. One very important cause, however, that may not get enough attention is that of gynocologic cancers, which are uncontrolled growth and spread of abnormal cells originating in the female reproductive organs. According to the American Cancer Society, it is estimated that approximately 98,000 women were impacted by gynecologic cancer in 2015, and more than 30,000 women died from the disease.

At LisiProta, we worked closely with Lydia's Legacy, a non-profit organization that raises awareness about gynecologic cancers. Brian Dillahunt, Executive VP at LisiProta, remembers the first day we met with Carin and Sarah from Lydia's Legacy. "'A teal ribbon?', I asked. I just was not familiar with the cause. Over the past year, I am proud to say that I am much more familiar with what this cause represents, and I have a new appreciation for the color teal."

If you would like to learn more about this cause and upcoming events in 2017, please visit www.lydiaslegacy.com.

Growth - "Every company grows and evolves!" says Brian Dillahunt. LisiProta has always taken pride in being an organization that has provided matched customer service in the technology services industry.

Since the inception of LisiProta, the company has grown tremendously by expanding their services portfolio.

New expanded services include corporate training, graphic concepts & designs, and brand consulting. The expansion of the LisiProta brand has inspired the organization to adorn a new look!

"We are accomplishing our goal to provide technical freedom for all clients," says COO Ric Dillahunt. "We have become more modernized." says Brian. "So it is only fitting that LisiProta rebrand with a new modernized look and feel."

The previous LisiProta logo was a digitized expression which emphasized the Greek origin of its name. While holding true to this foundation, the new logo features a modern look and feel with a message. "The message is clear," says CEO Anthony Gripper. "We are a one stop location for your technical needs. You will find that your search for technology solutions providers will stop with us!"

Why The Pink Logo?

The month of October is Breast Cancer Awareness month. Many of our lives have been touched by cancer. Early detection is essential to conquering the battle.

By changing our logo to pink for the month of October, LisiProta hopes to do its part in helping to raise awareness about breast cancer and breast cancer screening. One of our clients, Phenogen Sciences, Inc has developed a comprehensive cancer screening test named BrevagenPlus. Take a look at their site when you have a moment, as this may be an option for you.

Due to injury, Ric Dillahunt, LisiProta's Chief Operating Officer, won't be able to participate in the Susan G. Komen Walk this year, but in years past he has always been a supporter. "Breast cancer has been something that has touched my life." says Ric. "We are definitely hopeful that increased research and technology will help to combat and potentially cure this disease in the future. Until then, we'll do all we can to provide our support to women battling this disease."

Brothers Poised to Give Back to Their High School Football Team!

“If we build our players to be men, we will have great football teams. The problem is when football coaches try to build great football teams without building great men or great character guys“. These are true words spoken by the late Mo Collins, beloved former head coach at West Charlotte Senior High School in Charlotte, North Carolina.

These words resonate with many of the West Charlotte alumni who are very prideful of the high school that many of them hold so near and dear to their hearts. This is true for two fleshly brothers at LisiProta who are also West Charlotte high school graduates. Along with fellow alums Daryn Rice, Darryl Galmon, Allen Grier and a host of others, Brian and Ric Dillahunt are poised to assist in giving back in an effort to help West Charlotte return to the place that it was for them, a school where they wanted to be!

“I remember they tried to assign me to another school after my sophomore year at West Charlotte.

Brian Dillahunt, Class of 1996
I remember as a 16 year old kid. I was devastated. My big brother had graduated from WC and I always knew that’s where I wanted to go. I remember my parents and I had to go to a hearing so that I could stay there”. Brian Dillahunt recounts this story with a smile adding, “And I’m so glad that I did!”

Ric graduated in the class of 1989 from West Charlotte finishing in the top five percent of his senior class at the school. When you talk to either brother about what they remember most about life at West Charlotte, both say without a hesitation: “WC FOOTBALL”! 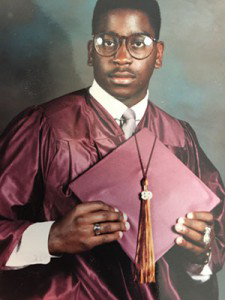 “It was more than about football. Football was something that brought all in the school together. It was something that everyone was always excited about, and it was something that kept a lot of students out of trouble. Not only that, it provided many with the opportunity to form relationships, and discipline that would benefit them for the rest of their lives”, says Brian.

As the Dillahunt brothers and the other West Charlotte alumni see the need at West Charlotte, they decided to stop watching and to become active in doing something to restore the pride that was once experienced by the entire community. Ric stated he is more than happy to give back!

The Dillahunt brothers along with Daryn Rice will work to set up vocational visits so that the players will have an opportunity to see different businesses so that they can see what they are capable of doing if they put their mind to it and stay disciplined. Ric and Brian will set up sessions to teach these young men different things about certain aspects of Information Technology and Project Management. They both add: ‘It is also good for these young men to see, that people who were at WC just like them can have their own businesses, have families, and just be men of good character. These are smart young men, they just need to know that they have people that believe in them!’

West Charlotte has produced some very notable athletes, community leaders, attorneys, surgeons etc… When asked about former classmate and WC defensive lineman Alexander Nmoma who is now a surgeon, Brian laughs: ‘Man, I ain’t letting Nmoma cut me open!’ He then adds: ‘I’m very proud of Alex. He’s a perfect example of one who used football to get an education and now he’s doing something with it.’

When asked about how they feel about West Charlotte Football. The two say without hesitation: “Lion Pride is Nation Wide! Only a Lion will understand!”

With the commencement of a new year, many individuals are considering starting a new business. Years ago, the approach was straight-forward: identify what you want to do, get some business cards, and hit the pavement! In 2018, however, your online presence is a priority. Below are three things to think about when establishing an online presence for your business.
Read more...

Connect with us online: